While You Read
a. Read the text and underline the correct alternative.
The text is an extract from a biography / an interview.
— You’re a person who is known by all the scientists in the world, and you succeeded this before the age of 30. What are the milestones in your life, Professor Canan Dağdeviren?
— Well, when I was 5, my dad gave me a book. This was a real milestone in my life. The book was about Marie Curie, the only female scientist with two Nobel prizes. While I was reading, I was fascinated by her husband Pierre Curie. Actually, he’s my personal hero. He discovered piezoelectricity although he got no education in a lab. That affected my life so much! Mainly about my decision to study physics at university. By the way, I’ve always chased my dreams. I’ve had many difficulties, but I’ve never given up.
— Do you mean that you had some ideas about your current inventions at the young age?
— Yes. When I was a child, I found out that my grandfather died of a heart attack at the age of 28. I told myself, “I’ll make something for people with heart diseases before I’m 28. I promise.” For this reason, I invented a device. It’s a pacemaker which is tied to a heart and recharged with heartbeats. In this way, my childhood dream came true. And I thought, “My device can work on a heart. So why not the other organs of our body?” I’ve worked on many projects since then.
— Yes. One of them is a very thin skin sensor that can be placed on a kneecap or an elbow. It can detect skin cancer.
— That’s right. The sensor tells us if there’s something wrong within our body.
— How interesting! You’re very successful.
That’s why you were on the Forbes Magazine’s list, “Top 30 Under 30 in Science” in 2015.
In the same year, you were also named to the “Top 35 Innovators Under 35” by MIT.
Moreover, you have over 25 national and international awards. You’re amazing.
— Thank you very much indeed. I represent my country well in the world.
That makes me so proud.
* MIT (Massachusetts Institute of Technology) 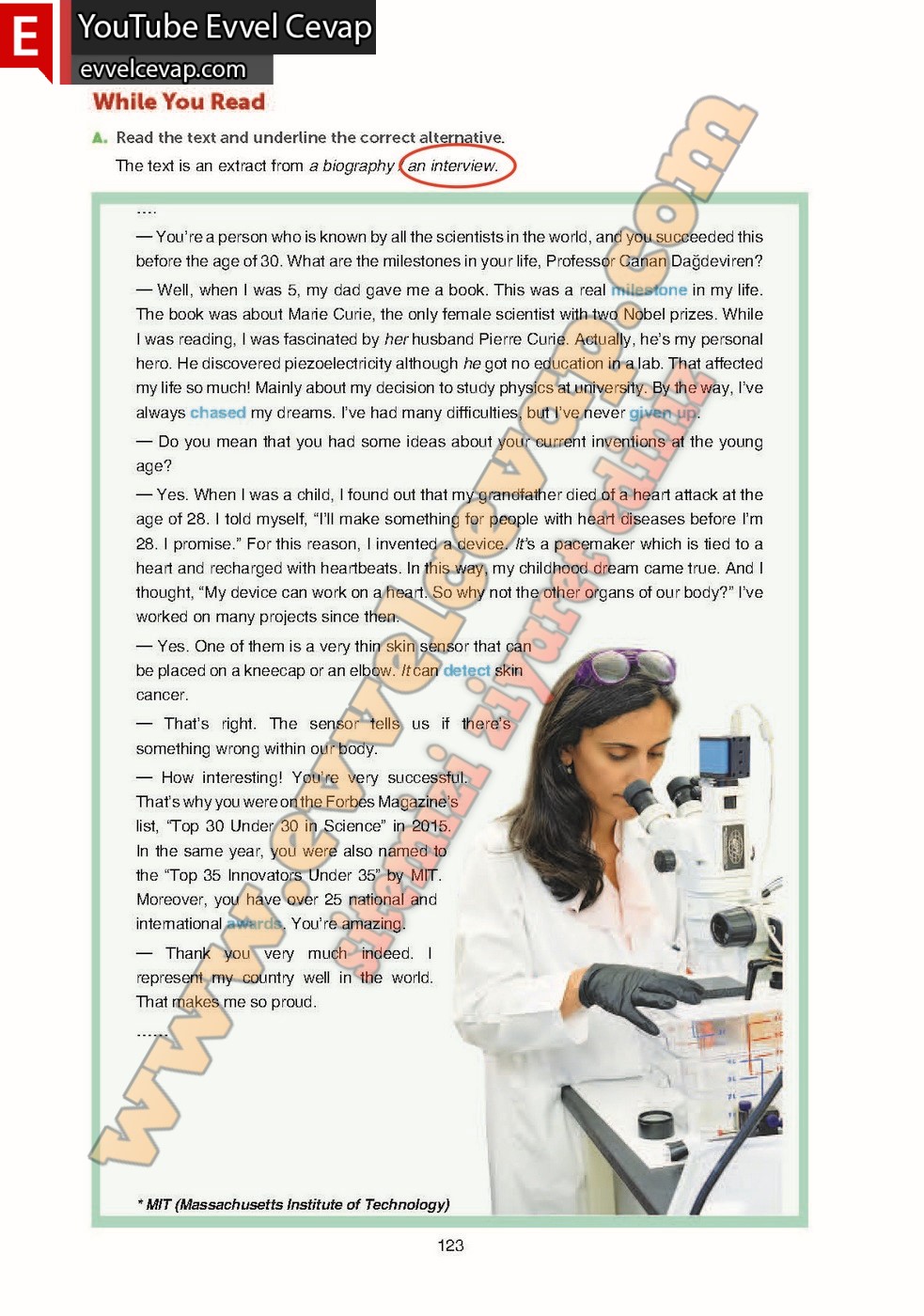