Reading & Writing
Look at the photos of the tournaments and match them with their names.
(3 İstanbul Eurasia Marathon (3 Formula 1 Race
Q Wimbledon Tennis Tournament (3 Tour De France
3 Work in pairs. Ask and answer questions about the tournaments in exercise 1.
1. Have you watched one of these tournaments before?
2. Which one would you like to go and watch? Why?
3. Would you like to compete in one of them? Why? Why not?
3 S Read the news and match them with the headlines.
a. Not Over Yet! b. Tickets on Sale c. Pedals On, Keep Watching
1
Wimbledon tennis tournament which takes place in London attracts more than 500.000 spectators every year. As it is one of the most celebrated tennis events, a lot of people all around the world want to see it. If you want to be one of them, you had better try to find a ticket beforehand. Here are some tips how to buy a ticket and learn some details of this annual event: There are four main ways to buy tickets. You can buy your tickets online; however, the tournament is so popular that they are sold out within minutes. Public Jballot is another way of getting tickets. You have to fiil in an application form in December and wait to be chosen. You can queue on the day of the event to buy a ticket.
There are also some hospitality packages which include both the tickets and hotel accommodation. Önce you get the chance, you can enjoy the games having stravvberries and cream, served during the
2……………
The world’s most famous cycle race which lasts for 21 days finally ended yesterday. The winner is again the British cyclist Chris Froome, who tells the reporters that nothing is impossible! If you are interested in seeing the next race, it may be a good idea to learn about it. The riders cycle 3000 km in total and they have to finish one stage on each day. Each year it has a different route which ends in Paris. During the race 20-22 teams with 9 riders finish a stage on each day. Before watching this spectacular race, you should know what each jersey colour in Tour De France means. They represent the best cyclists in different categories. The cyclist who wears yellow jersey is the overall leader of the race. The fastest sprinter on flat ride wears the green jersey; whereas, the red one is worn by the leader of the mountain racers. Finally, the fastest rider under the age of 25 wears a white jersey. Keep in mind that next year’s route will be announced in October. 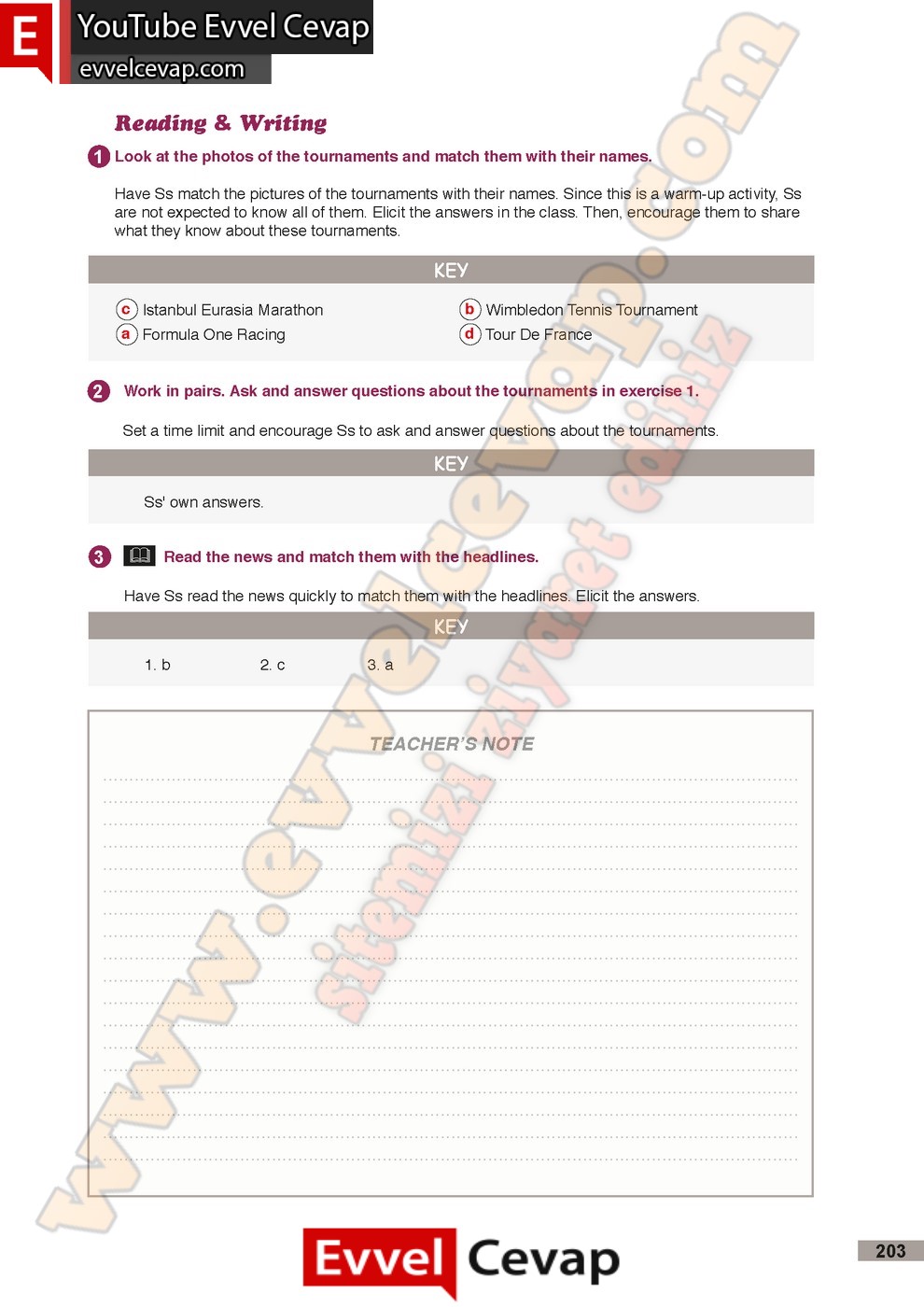