RESİDENTİAL FAULT
In Canada, from the 1880s to the 1990s, more than a hundred thousand Native Canadian Indian—also known as First Nations—children were sent to Indian residential schools by the government. These schools, often located far from Indian homeland, were established by the Government of Canada and run by Catholic and Protestant churches. Their aim was to educate children on European culture and
ents, family visits were occasional, but they were not at school. They could not wear their own clothes, and I and braided as part of the culture. Furthermore, they orbidden to speak their native indigenous language. )st of them suffered from culture shock, and many could not graduate.
On June 11, 2008, Prime Minister Stephen Harper made a Statement of Apology to the former students of Indian Residential Schools, on behalf of the Government of Canada, and asked for forgiveness. In 2015, a commission released a report saying that the government was faulty. Today, the graduates of residential schools are still trying to recover from this experience.

Answer the questions according to the text.

6. Create and write a slogan/motto about children’s rights. 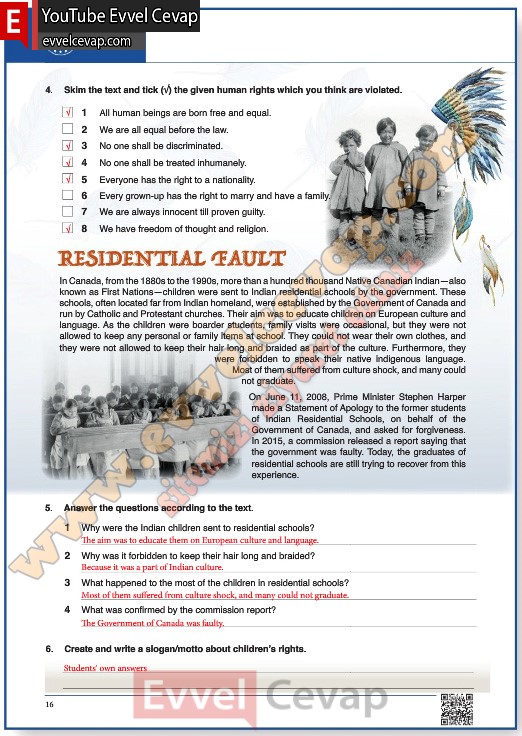