1. Make a list of human values. Which one do you think is the most important? Why?
2. What do you think about Atatürks Peace at Home, Peace in the World” quote?

a. Discuss the following question with your partner.

Look at the title and photos in the text. What do you think the text is about?

b. Read the text and answer the question. In what fields are the Nobel Prizes awarded?

THE NOBEL PEACE PRIZE
The Nobel Prize is an international prize awarded annually to people who have done outstanding achievements in chemistry, physics, literature, medicine, economic sciences and peace. Peace, which includes empathy, love, caring and sharing, tolerance, respect and kindness, is known as the core value of living together in the world. There are many people around the world who make a great deal of efforts and contributions to people to live in harmony. We will get to know the three of them and the reasons why they received the Nobel Peace Prize.

Martin Luther King Jr.
was born on January 15, 1929, in Atlanta, Georgia. King received the Nobel Peace Prize in 1964 and several other honours. He was a civil-rights activist who played a significant role in ending the legal segregation of African-American citizens in the USA, through non-violent demonstrations and his inspirational speeches. Martin Luther King and his supporters set up a massive peaceful demonstration in order to ask for peaceful change and justice in African-American people’s rights. On August 28, 1963, the historic March in Washington drew more than 200,000 people and King made his famous “I Have A Dream” speech that caught attention of the entire world, expressing that someday all men could be brothers. He has been remembered as not only one of the most influential and inspirational African- American leaders in history but also a world figure.

Wangari Maathai
was born on April 1, 1940 in Nyeri, Kenya. She was the first African woman to be awarded the Nobel Peace Prize in 2004 for her contribution to sustainable democracy and peace. She was also the first female professor in her own country. She embarked upon a campaign in 1977, especially encouraged women to plant trees in their local environment, to think ecologically and to stop deforestation in African countries. Through her campaign, over thirty million trees had been planted across African countries. Although it looked like just a tree-planting, that movement included democracy, human rights, and international solidarity. The Nobel committee stated that “She thinks globally and acts locally.” 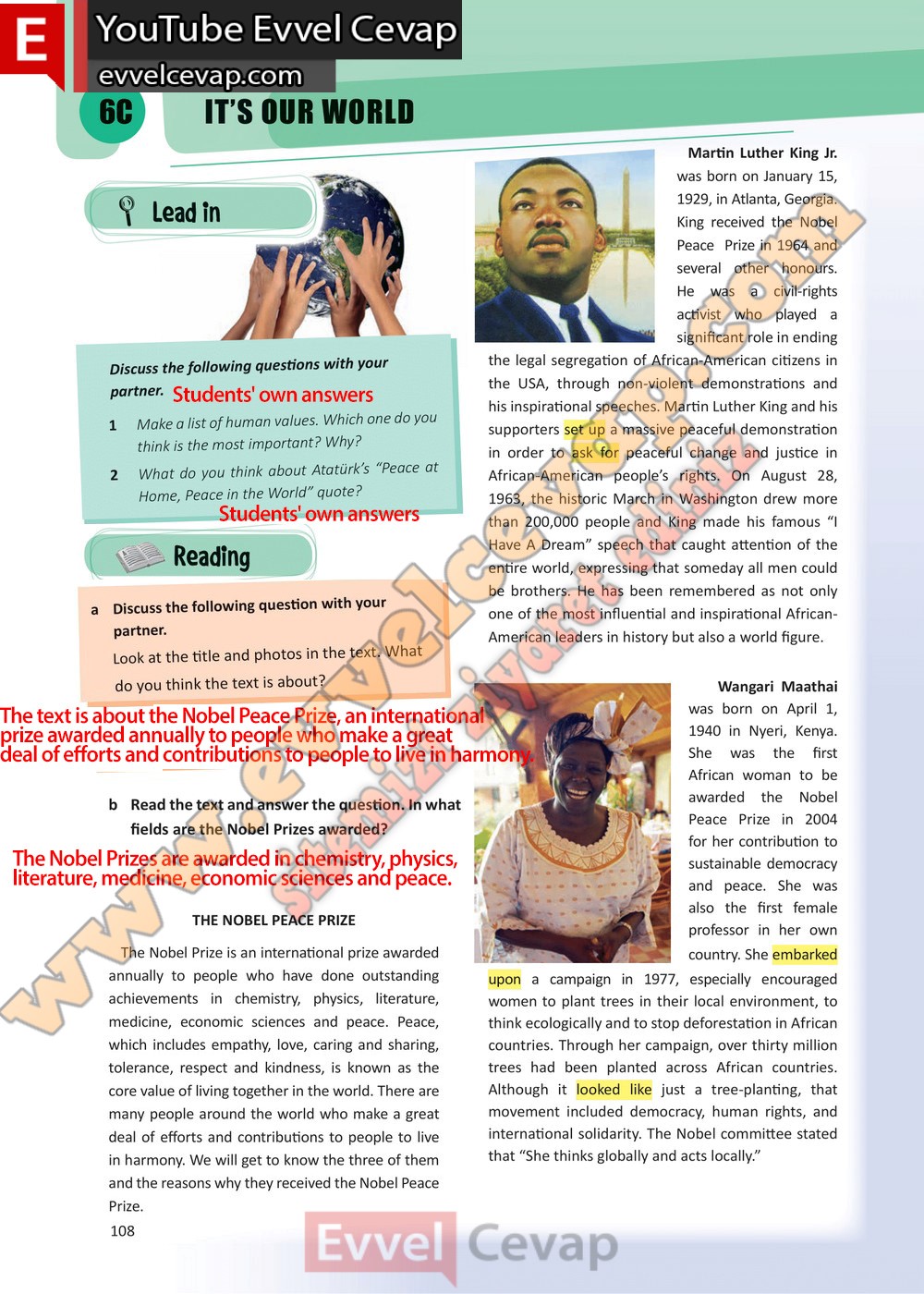