Malala Yousafzai was
born on July 12, 1997 in the Swat Valley, Pakistan. In 2014, Malala, and Indian children’s rights activist Kailash Satyarthi shared the Nobel Peace Prize. At the age of seventeen, she became the youngest person to receive this prize. When she was 11, she wrote a diary to an international television so as to describe the reasons why she didn’t attend to school. With the help of the media, she became the voice of many children and women around the world who were forced out of school. She is of the opinion that all girls have the right of education as a human being and education is the best way to fight against violence around the world. She carries on leading a campaign for girls’ education and equality that has been supported by many people around the world. She pointed out in her Prize speech “This award is not just for me. It is for those forgotten children who want education. It is for those frightened children who want peace. It is for those voiceless children who want change.”

1. set up:
a. to prepare something so that it is ready for use or in position
b. to arrange for something to happen
2. ask for:
a. to tell somebody that you would like them to do something or that you would like something to happen
b. to say or write something in the form of a question, in order to get information 3 embark upon:
a. to start to do something new or difficult
b. to get onto a ship; to put something onto a ship
4. look like:
a. to turn your eyes in a particular direction b to seem; to appear
5. carry on:
a to take somebody/something from one place to another b to continue doing something
6. point out:
a. to mention something in order to give somebody information about it or make them notice it
b. to stretch your finger out towards somebody/something in order to show somebody which person or thing you are referring to

d. Write down the sentences expressing purpose in the text.

e.g. People should empathise with each other to build the unity in the world.

e. Read the text again and write below why each person received the Nobel Peace Prize.

f. Write the purpose of the text in a few sentences.

g. Do you know any other people or organisations that received the Nobel Peace Prize? If yes, share them with your friends. 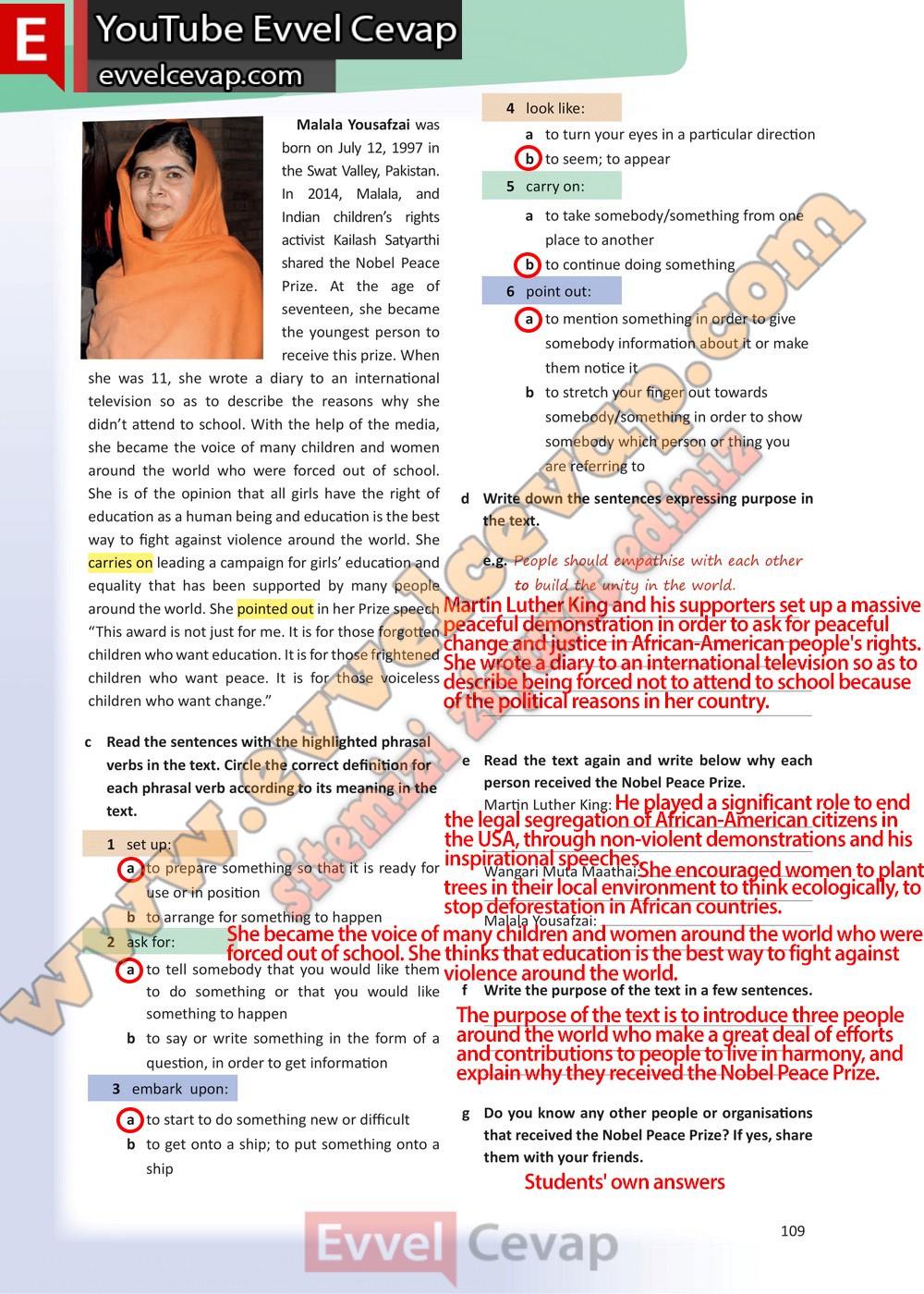