a Discuss the following questions with your partner.

1 What do you think the peop|e in the photo are doing?
2 Would you like to be there and attend this festival? Why/Why not?

LA TOMATINA
Being one of the most well-known festivals, ‘La Tomatina’ is held in the town of Bunol, Spain in August every year. Participants in the festival throw tomatoes at each other and get into this tomato fight for pure entertainment.

How It Started
The festival is believed to date back to 1945, but nobody has correct information on its origins. That’s why; there are a lot of rumours about how it actually began. Some people say it started as a local food fight among friends while others claim that a market stall of vegetables fell victim to bystanders at a carnival parade. As a result of the chaos during the parade, those bystanders started to hit each other with tomatoes until the battle was wound up by the police forces. The second theory is accepted by many people to be the fact.

How It Became an Official Tradition
The following year, in 1946, a quarrel was picked by some young boys who brought their tomatoes from home. By doing so, those boys had made history having no idea about what they were starting. After that event, the tomato fight was repeated on the same day on a yearly basis. La Tomatina was banned by the local officials in the early 1950s and participants were arrested, but it was not a problem for them. They even seemed happy to run into such a difficulty. All these things couldn’t stop people from speaking their minds, so it was allowed again. With this, participants were given an atmosphere of festivity one more time. However, the festival was going to be called off again till 1957. To show that people were against its being cancelled, a protest was organised. They had a parade where people carried a coffin with an extremely large tomato inside. Funeral marches were played during that ceremony, which was a huge success. La Tomatina finally became official festivity and this led to its nationwide popularity. The number of the participants kept increasing year by year. In 2002, La Tomatina of Bunol was declared Festivity of International Tourist Interest due to its success.

What Happens at La Tomatina
Tomato trucks play an important role in La Tomatina; they arrive in the centre of the town nearly one hour before noon. The arrival of tomatoes isn’t enough for the festival to be started because one of the participants has to climb to the top of a high greasy wooden pole and reach the prize. After that, water cannons are fired, and the chaos begins. The big tomato fight ends after an hour and when the fight ends, tomatoes cannot be thrown at others any more. The surroundings are cleaned by the fire trucks, which spray down the streets. The buildings nearly have no stain since they are covered with blue cloths.

When Is the Next La Tomatina?
Ever since its being official, La Tomatina has always been held on the last Wednesday of August and it has never been put off. That’s why; one can easily say that it will be held at that time again this year. If you are interested in the festival, you should book your tickets beforehand and you are free to choose a tour that you can afford. There are both expensive and budget-friendly options. 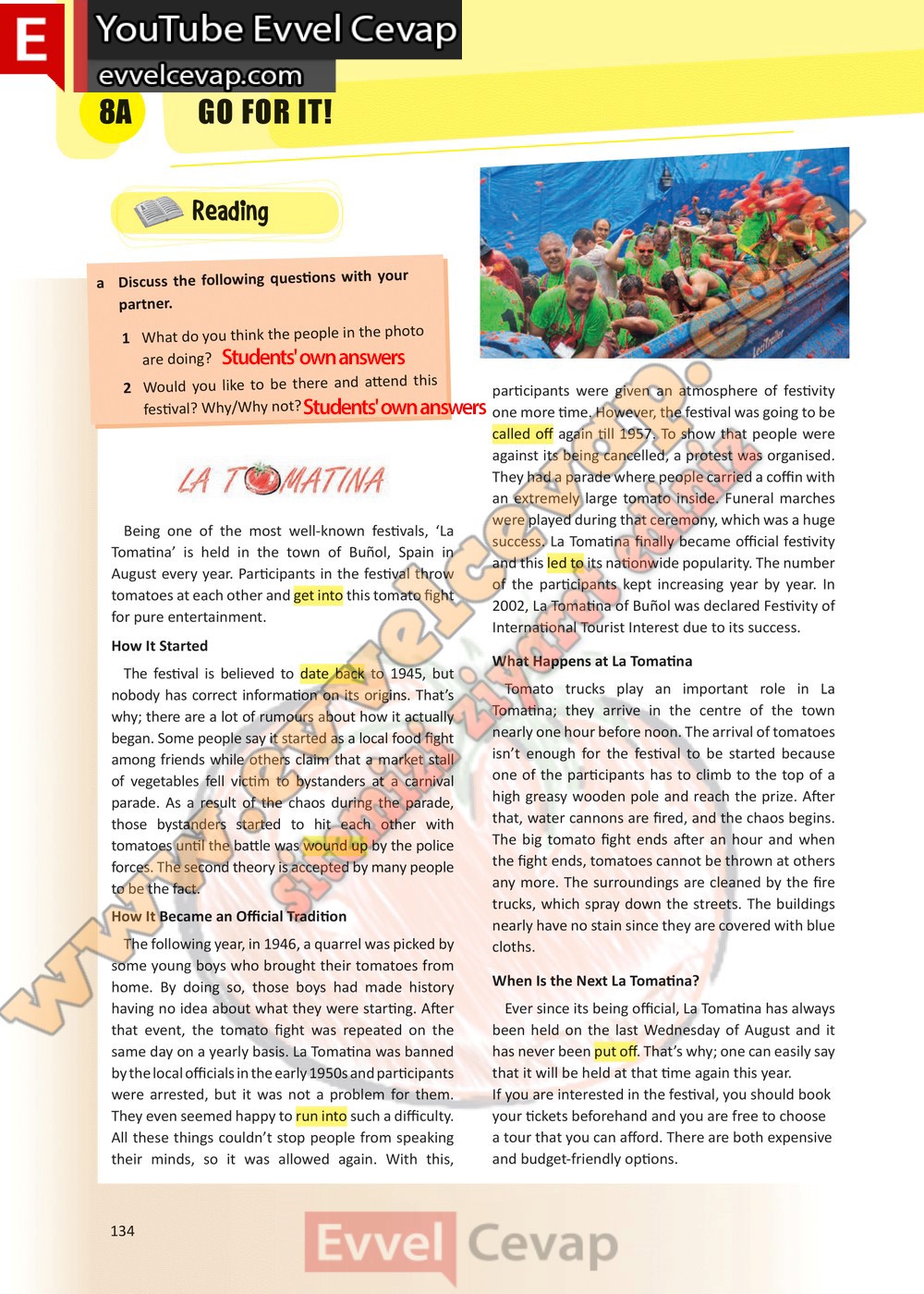