1. D0 you enjoy watching films? How often do you watch films?
2. What does the expression ‘cinephilia’ mean?

a. Work in pairs. Discuss the following questions.

1. Look at the poster of the film The Martian. Guess the genre of the film.
2. What do you think about the sentence “Bring him home” in the poster?

b. Listen to two friends talking about The Martian. Choose the correct information. Track 51

1. The film followed the book closely/ was independent from the book.
2. As a real fantasy book/science fiction lover, of course, I’m going to read the novel, too.
3. The film had a thrilling and fast-paced/a boring and slow-paced plot.
4. Mark was a botanist/scientist.
5. He might have solved the sleep/ food problem.
6. He was a problem-solver/pessimist throughout the film.

A. 1 If I had known the film was based on Andy Weir’s novel of the same name,
2. If the film had been independent from the novel,
3. If the accident hadn’t happened,
4. If he had panicked,
5. If he hadn’t been a cool-headed man, 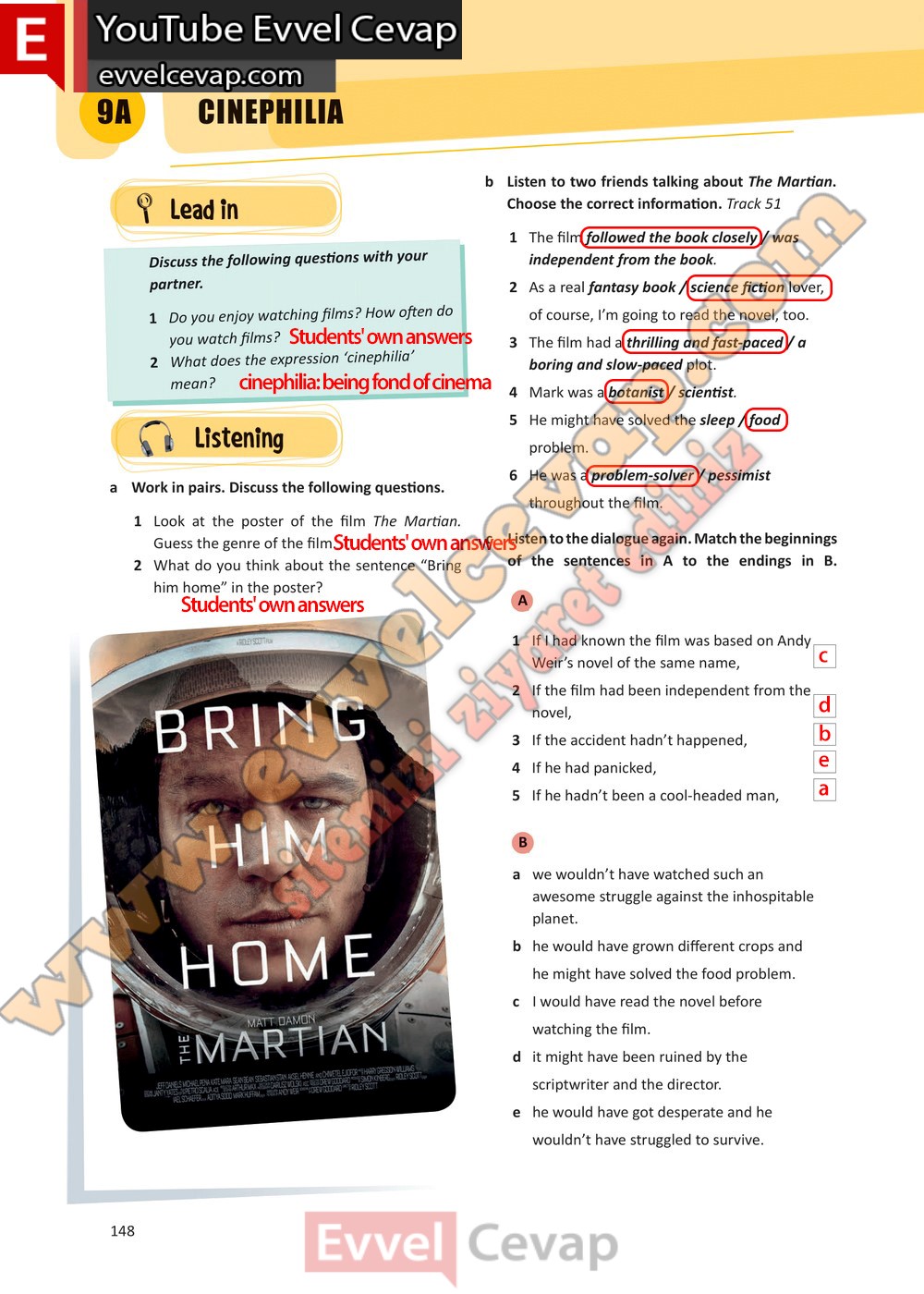