b. Match the highlighted phrasal verbs in the texts to the definitions below.

1 Where and when does The Prestige take place?
2 Which event ends friendship between Angier and Borden?
3 How does Saroo become seperated from his family?
4 Who raises Saroo?

d. Scan the texts and underline the regrets of Alfred Borden and Saroo Brierly.

Read the situations below and write sentences expressing regret for each situation as in the example.

1. You gave your best friend one of your favourite books. A few months passed, but she didn’t give it back. You learned that she lost your book.
2. You and your sister wanted to watch a film. You offered to watch at home, but your sister insisted on watching at the cinema. You were caught in the rain and stuck in the traffic.
3. Your friends asked you to go to the book fair. However, you didn’t accept because you were exhausted. You learned that your favourite author gave autographs to the fans.

a. Think of something you did that was bad or wrong. Share it with your partner. Express your wishes and regrets as in the example.

b. Read the situations below and make sentences with them.

• Why on earth did I accept to watch this film? I was planning to read its book before.
• What a pity I learned the end of the film before starting to watch it. It would be a whale of a time to see it.
• I didn’t read the books assigned by the teacher before the final exam and failed the course. 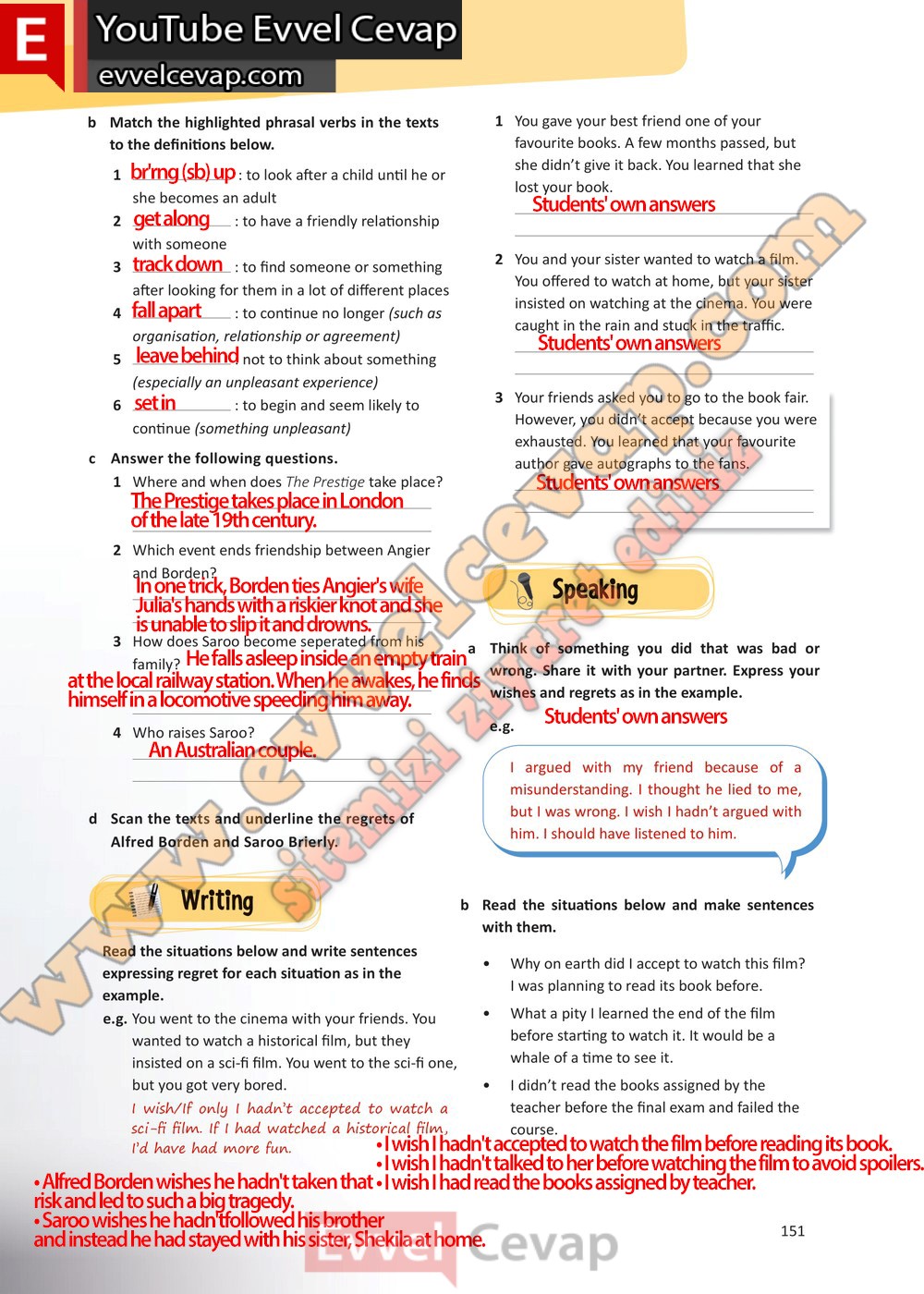