b. Read the blog and answer the following questions.

1. Who is J. K. Rowling?
2. What difficulties did she have before she became a writer?
3. How are aspiring writers affected by their inner worlds?
4. How can failure make aspiring writers stronger?
5. “Just because it didn’t find an audience, that doesn’t mean it’s bad work.” What do you think this quote means?

c. Look at the sentences from the text. Write (RR) for Reported Requests and (RI) Reported Imperatives into the boxes.

Computer-generated imagery (CGI) is the usage of digital graphics in visual media often in the form of 3D animation. Thanks to this technology, death is not an excuse to keep an actor out of a film. For example, although Peter Cushing passed on in 1994, he was involved in Rogue One: A Star Wars Story in 2016. 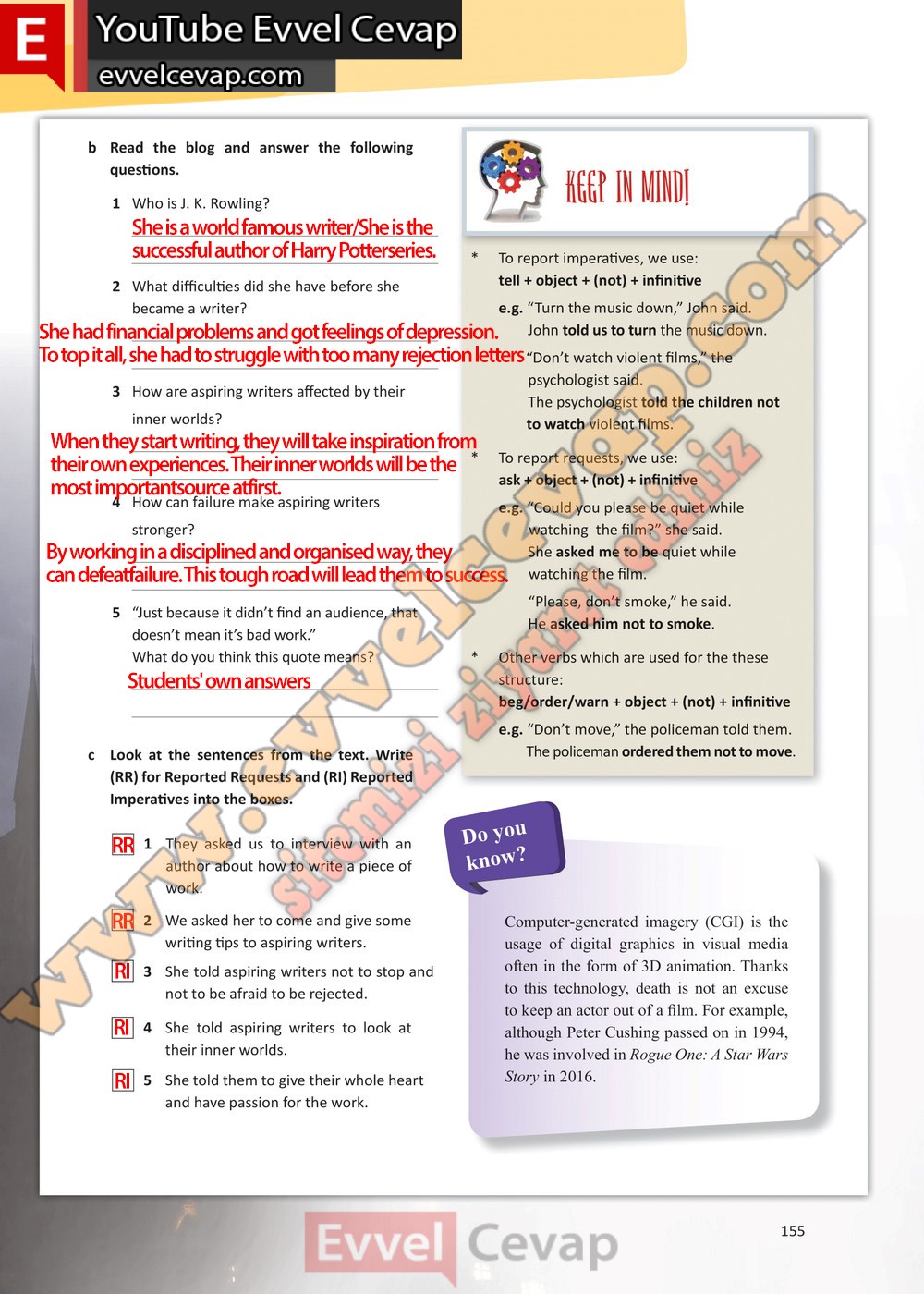