1. As far as you are concerned, how important is pursuing one’s goals?
2. What is your biggest ambition in life that you want to realise?
3. What can you do to achieve your aims?

c. Richard told his roommate, Robert, about the conversation he had with Jane the other day. Listen and circle the correct words or phrases. Note that the sentences are scrambled. Track 57

A great number of studies have shown that highly successful people have developed good habits that lead to, or sometimes ensure, their success. The following are some of the habits that characterise those people:
• They communicate clearly.
• They read a lot.
• They work smarter, not harder.
• They manage their emotions.
• They listen to others.
• They believe they can achieve their goals.
• They practise meditation. 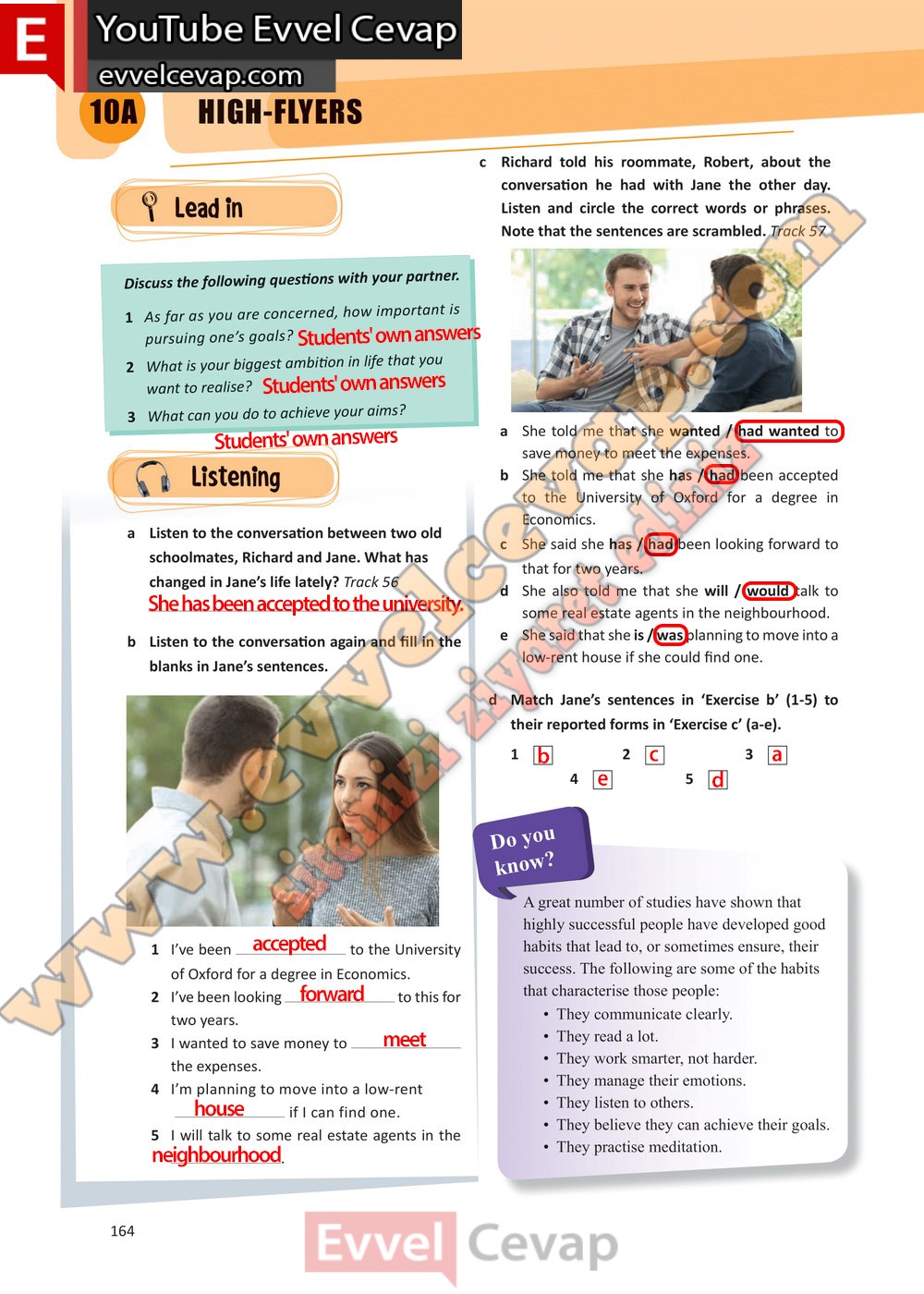