night. Also, they hired a caregiver whose duty was to play with Grandin and keep her from receding into a corner. Besides, she found a school with sympathetic staff who wanted to work with a child with special needs. All these efforts made a significant breakthrough in her life and it pulled her out of the isolationist shell of autism. One day, she was incredibly stressed with the rotating objects and the noise among her peers, she ran to her aunt’s cow barn. She found out the squeeze chute which is used to calm animals down. She loved it because this device helped her to get rid of her fears and attacks. Then, she built her own squeeze chute in her room. Her science teacher realised her interest in animal science and encouraged her to study in this field. She had a goal to become a scientist. Years later, she went after her dreams and made an important innovation. She developed a version of squeeze chute which would be used to make animals not to move. In spite of all the difficulties, Grandin accomplished noticeable academic success. She got a degree in Psychology in 1970. And, she carried out her research in animal science at Arizona State University, earned a doctoral degree in animal science from the University of Illinois. Many largest fast-food corporations started to implement her handling eqipment design and asked her consultancy for the meat industry. Publicly, she has become famous after Oliver Sack’s book that he wrote about her feelings in social environment. Since then, she has been invited to give speeches about autism at the foundation of the Autism Society of America. In 2010, she was featured in a film that received five nominations in Emmy awards. Now, she lives in Colorado and is an associate professor at Colorado State University. She urges that the autism should be viewed in such a non-afflicted way that we could emphasise talent rather than the disability.

d. Match the highlighted phrasal verbs in the text to the definitions below.

e. Answer the foNowing questions according to the text. 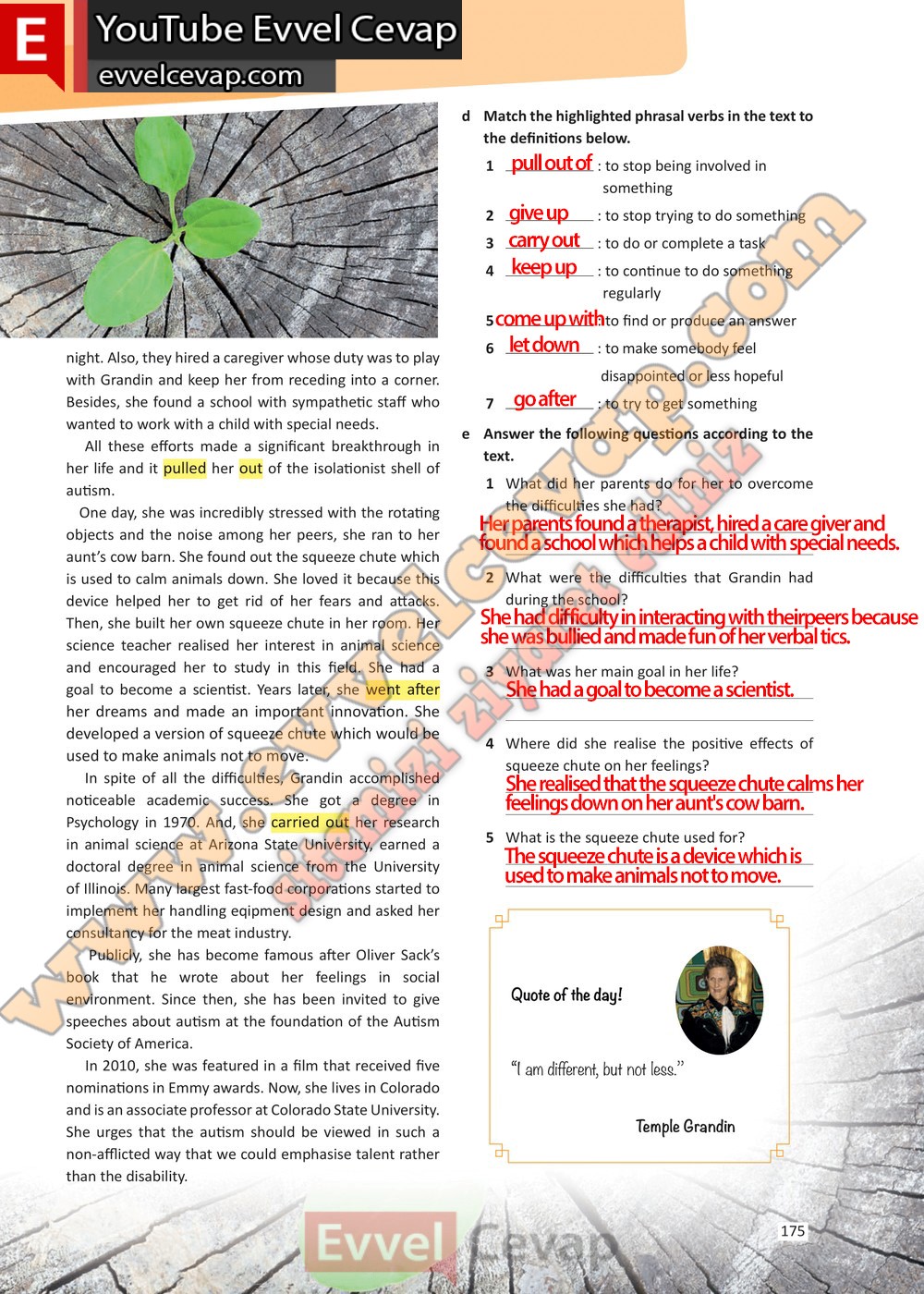